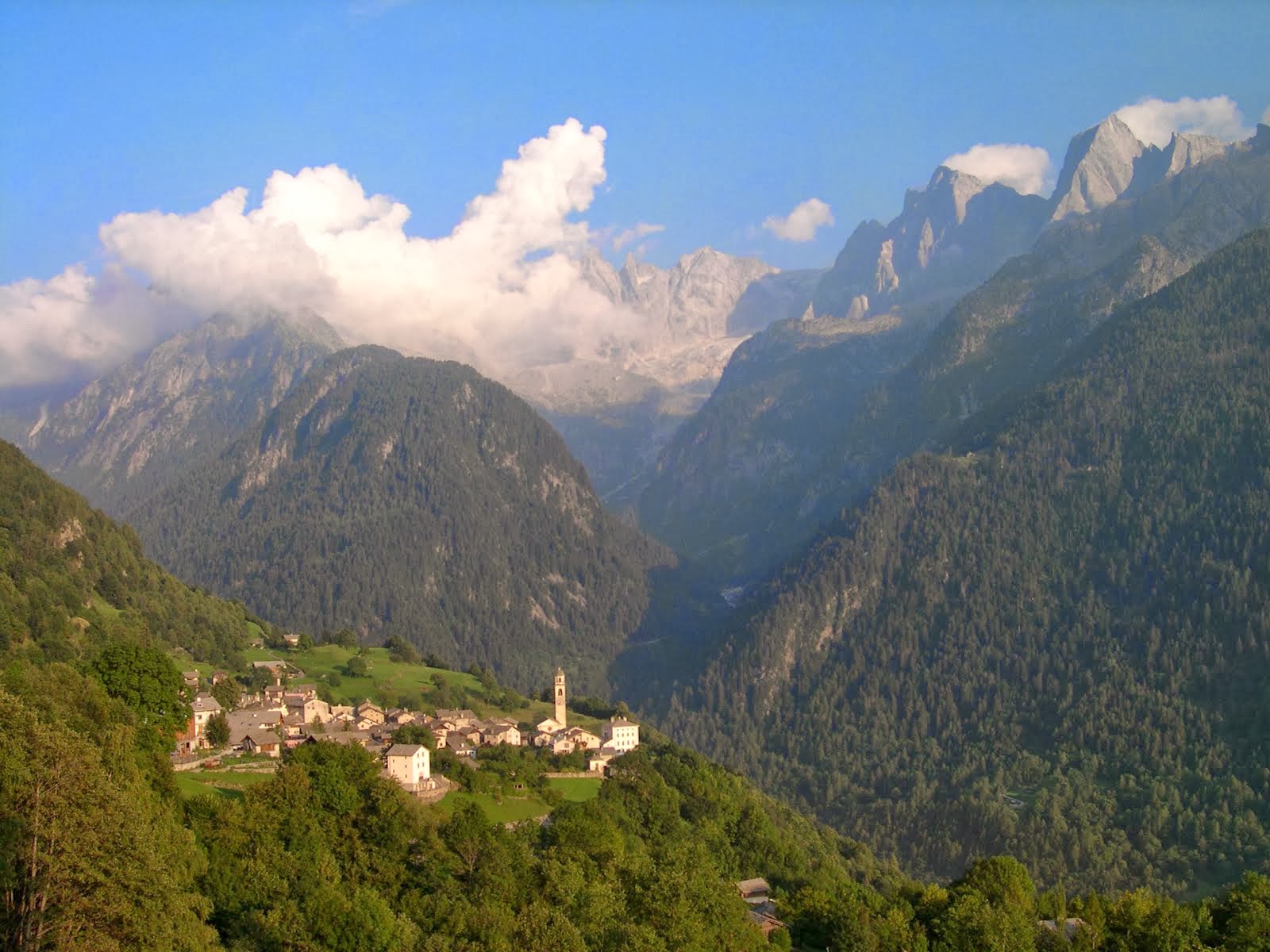 Village of Soglio Hiking in the Swiss Alps - John 6:3    And Jesus went up into a mountain, and there he sat with his disciples.

My other sites are now on WordPress.

I've been working on duplicating this BlogSpot site on WordPress.
The URL is similar:

Please check it out.. I will be posting updates to that site.
The editor and spell checking functions work better.

For now my old posts will remain here.

Also Check out my travelogue site:

Posted by High Sierra Flyfisherman at 10:50 AM Please write your Comments here!

As I read this chapter I wonder if there are connections between the widow and the blind man...they were both persistent. V5, 38,39

Likewise the Publican and the blind man, they both approached Jesus for mercy. Perhaps the Publican had a wider understand of the theology of salvation as he expressed very clearly his own sin.

Luk 18:13 And the publican, standing afar off, would not lift up so much as his eyes unto heaven, but smote upon his breast, saying, God be merciful to me a sinner.
Luk 18:14 I tell you, this man went down to his house justified rather than the other: for every one that exalteth himself shall be abased; and he that humbleth himself shall be exalted.

There is another John Bunyan book just on these verses:
A Discourse Upon the Pharisee and the Publican
John Bunyan 1635

There are a couple of verses in todays Job 33 reading that sound very much like way the Publican is described.

Job 33:26 He shall pray unto God, and he will be favourable unto him: and he shall see his face with joy: for he will render unto man his righteousness.
Job 33:27 He looketh upon men, and if any say, I have sinned, and perverted that which was right, and it profited me not;
Job 33:28 He will deliver his soul from going into the pit, and his life shall see the light.

I wrote about the Cost of Discipleship a few days ago.

But is there any connection between the rich man who would have followed Jesus and again the blind man who did follow after him.

Or is the rich man just another one of these:

Luke 18:9 And he spake this parable unto certain which trusted in themselves that they were righteous, and despised others:

Or one of these:

There may be shades of that trust in themselves, but from the context it’s not apparent...although he was still looking for something he himself could do to gain eternal life.

Luke 18:18 And a certain ruler asked him, saying, Good Master, what shall I do to inherit eternal life?

It seems clear that Jesus implies even for the rich this is virtually impossible and if the can not buy or work their way into Heaven how could anyone.

Lucky for us he closed this out with:

Blogs I Review Daily (Note I don't always recommend everything these blogs comment upon.)

Verse of the Day

Key Topics of my Blog